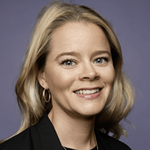 Send Brit a Confidential Message Using the Form Below

Thank you for contacting us. We will get back to you shortly.

Please complete all required fields below.